Violence is an important issue to public health, due to its huge impact on the health and well-being of Arkansans. According to Arkansas Vital Statistics, 486 assaults resulted in hospitalizations in 2014; making assaults the fifth leading cause of injury hospitalization in Arkansas. It was noted that the total deaths from some type of assault was 206 in 2014.

In addition, violence disproportionately affects youth. Child maltreatment, sexual violence, youth violence, and other violent behaviors are preventable, and many violent behaviors begin in youth. Some individual risk factors for youth include a history of violent victimization, a history of aggressive behavior, involvement with drugs and alcohol, antisocial beliefs, and exposure to violence and conflict in the family.

The purpose of this program is to reduce or eliminate sexual assault, domestic violence, bullying, and dating violence in the state of Arkansas. This is being done by increasing utilization of evidence-based and/or best practice programs and interventions, 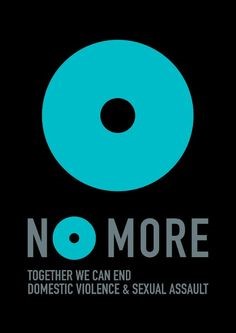 It is estimated that more than 1 in 3 women and nearly 1 in 4 men have experienced sexual violence involving physical contact at some point in their lifetime. Sexual violence is any form of sexual activity when consent is not obtained or not freely given. It is considered a serious health problem in the United States according to the Centers for Disease Control and Prevention. It impacts all communities, genders, sexual orientations, and ages. The perpetrator of sexual violence is usually some known to the victim, such as a friend, intimate partner, coworker or family members. (CDC)

Arkansas Department of Health receives federal funding that is authorized through the Violence Against Women Act, that was passed by Congress in 1994 and then again reauthorized in 2013. Rape Prevention Education (RPE) funding allows the state of Arkansas to provide primary prevention education programs. The goal of these programs is to implement comprehensive strategies that address individual, relationship, community, and societal factors in order to STOP violence before it begins.

Individuals may experience trauma resulting from sexual violence. Trauma can impact a survivor’s employment or school performance. It may be difficult to engage in normal daily activity.

If you would like more information about any of these educational programs, such as how to schedule one in your area, please call 501-683-0707.