If you have media inquiries, please contact the Office of Health Communications at adh.communications@arkansas.gov.

(Little Rock) - The Arkansas Department of Health, Radiation Control Section, Radioactive Materials Program, received notification today that a gauge containing radioactive material has been stolen from a private residential driveway in West Memphis, Arkansas. The gauge contains shielding and is not dangerous if it remains intact. However, the gauge could present a radiation hazard if it was damaged and the radioactive sources were exposed and/or removed from their sealed container.

The gauge transport case is about the size and shape of a storage trunk and is made of hard yellow plastic material with handles on each side and on top (photo attached). The gauge is also yellow with a rectangular base and a foot-long handle on top. Both are clearly labeled as radioactive materials. The gauge and transport case weighs approximately 85 to 95 pounds.

The gauge contains approximately 8 millicuries Cesium-137 and 40 millicuries Americium-241. The gauge is used to take moisture and density measurements by projecting radiation from the two radioactive sources into the ground and then displaying the amount of radiation reflected back to the gauge. The gauge is described as a Troxler Electronic Laboratories Model 3411-B, Serial Number 4794.

Although the gauge poses a potential public health risk, it does not contain enough radioactive material to be used for any explosive device.

Anyone finding this gauge should IMMEDIATELY report it to the nearest police authority or telephone 1-800-633-1735 or 501-661-2173 and ask for the Radiation Staff Duty Officer. The public should maintain a safe distance from the gauge if found and report it immediately.

Enclosure: Photos of an example gauge (not actual gauge listed above) 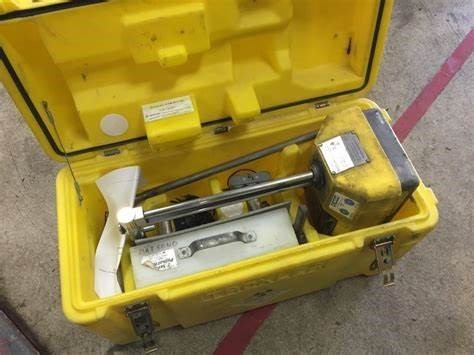 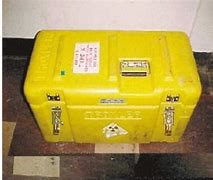